According to the Auditor General

70% of people held in Ontario jails are legally innocent

Ontario’s bail system is fundamentally not doing the job it was designed to do. "Bail" is a court order that allows people who are accused of a crime to live in their community - instead of being imprisoned in jail - while their criminal charges get resolved.

The bail system is supposed to be quick, efficient, and minimally restrictive on the freedom of legally innocent people. Instead, our bail system:

For years, the legal community struggled to create meaningful change despite broad agreement around the reforms that were needed. While recent court decisions signal a positive shift in the practice of bail, to truly repair our broken bail system we require fundamental cultural change within our institutions and in our public discourse that's plagued misconceptions and fear.

Our mission is to build sustained public attention, understanding, and pressure for system-wide reform. We do this by using creative media to give expert knowledge the cultural influence it deserves.

This website has four key features: the System Map, Stories, Explanations, and Timeline. 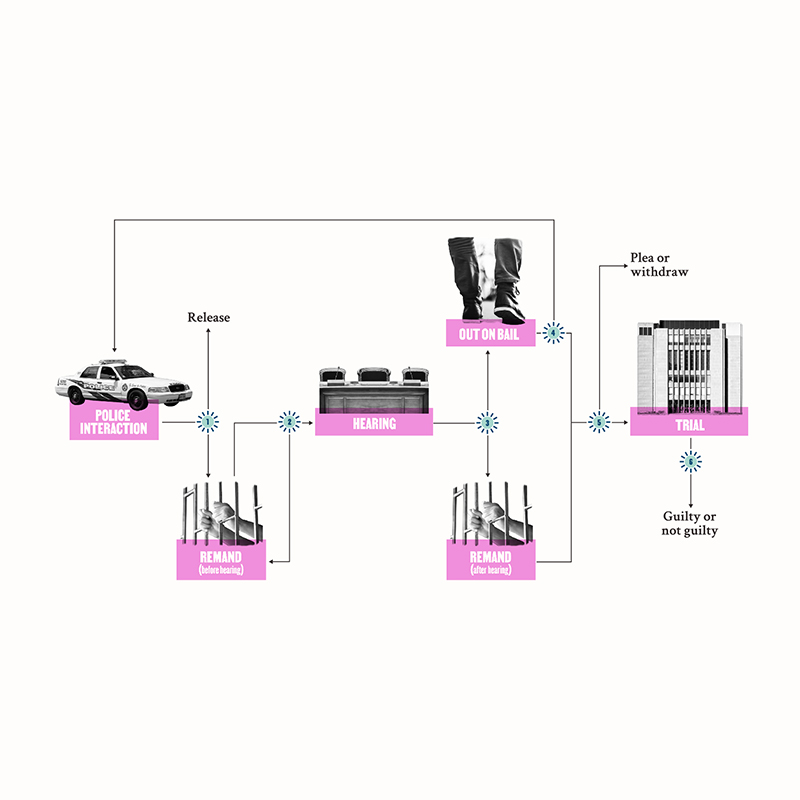 How bail is supposed to work and when it doesn’t. 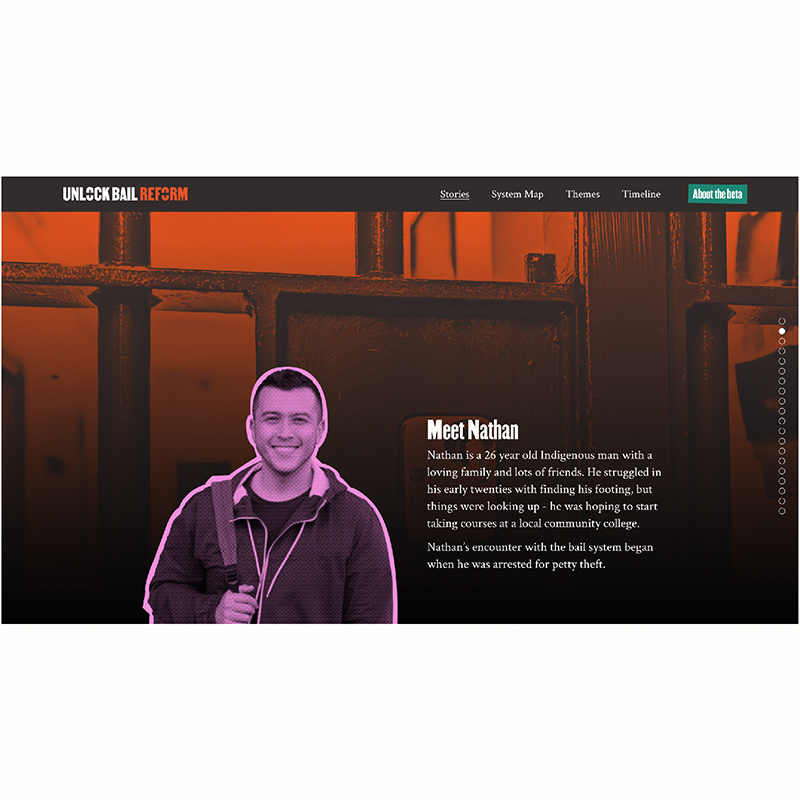 Hear stories about the human cost of bail. 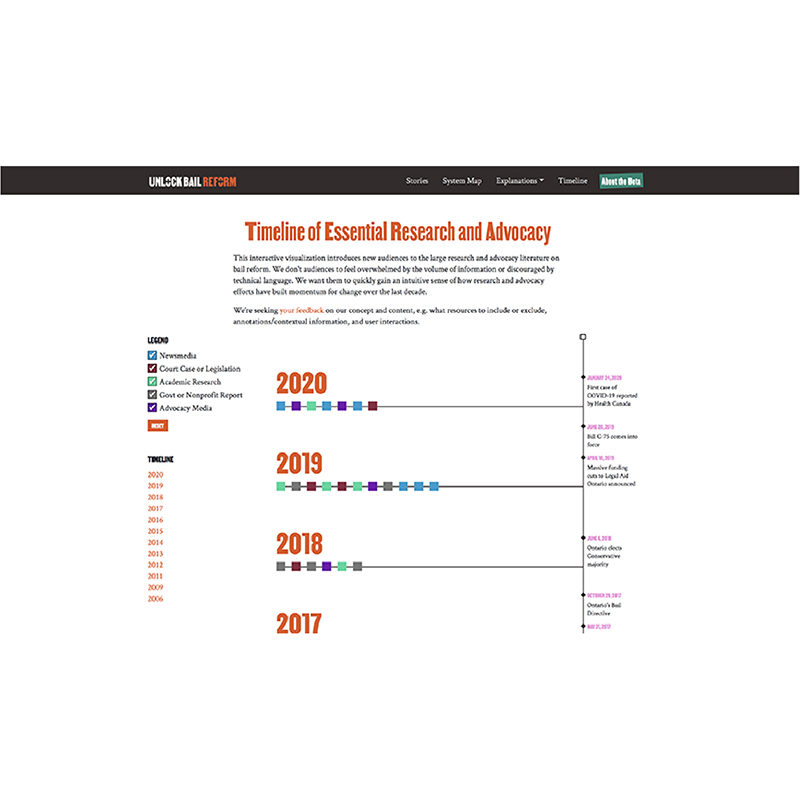 A timeline of bail reform.

How is our bail system broken?

The causes of our broken bail system are not simple. People need to put in time and effort to understand institutional processes, multiple stakeholders, social problems, and their causal connections.

Explanations of complex social problems like bail should not be oversimplified. However, they can and should be made more accessible to broad audiences with user-centred design and creative media.

To help people gain insight into our bail system, we've divided up our explanation into three "causal loops." Click on each explanation to learn more.